Structured credit: a bogeyman of the GFC could now play a different role 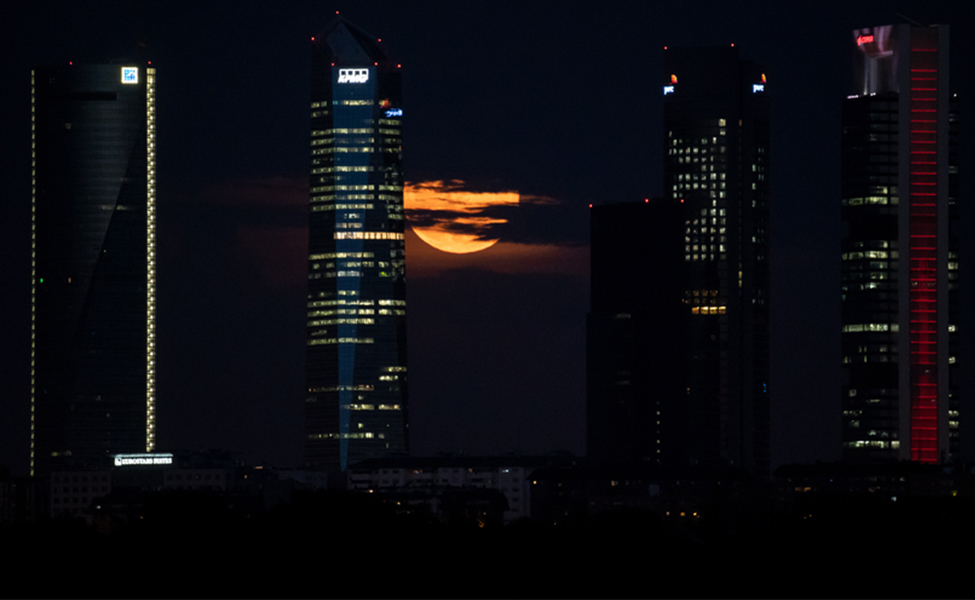 The structured credit market may have terrified investors during the Global Financial Crisis of 2008/9, but with a new recession looming it may now prove more resilient to market fluctuations than other asset classes.

Everyone knows how to survive a horror film: never go up to the attic, never talk about your plans to attend prom next week, and never under any circumstances say “I’ll be right back”1. The rules for surviving in today’s volatile markets are less clear, and there may be fewer places to hide. But if 2023 is a sequel to 2008, one of the supposed villains of the original might be worth considering differently this time round.

Structured credit markets have been reformed dramatically since collateralised debt obligations (CDOs) wrought financial havoc back in 2008. The bulk of the losses experienced in the Global Financial Crisis (GFC), primarily in the US, were due to CDOs of Asset Backed Securities (ABS) - pooling mezzanine tranches of subprime mortgages, a product that does not exist anymore. But in the intervening 15 years, governments and regulators have introduced strict standards to help protect investors and maintain market liquidity.

Structured credit investments still pool similar debt obligations (like senior secured loans for CLOs, residential/commercial mortgages for RMBS/CMBS, and consumer loans for ABS) and sell the resulting cashflows to investors through various tranches of risk and reward, but what can be included in them is much more tightly regulated and better disclosed. This offers built-in structural protection for investors, particularly given their waterfall structure (higher-rated tranches have first claim on priority of cash flows), and performance and credit enhancement tests that detect and correct any collateral erosion.

As a result, investors faced with rising interest rates, high inflation, and slashed returns from public markets are showing increased interest in structured products. These typically have had low default rates (putting CDOs aside), offer some protection from interest rate changes due to their floating rate nature, and provide a yield premium to similarly-rated corporate credit. This has fuelled growth for the asset class, with the European CLO market having doubled in size over the past five years to around €200 billion AUM in 20222.

Backed to the hilt

Central to the growth of the asset class since 2008 is the credit quality of the underlying assets themselves. Structured credit assets are often backed by high quality collateral that are actively managed by an investment manager to enhance returns and minimise volatility. In the case of CLOs, they are collateralised primarily by senior secured loans (which rank first in priority of payment in the borrower’s capital structure in the event of bankruptcy), while residential mortgage-backed securities or commercial mortgage-backed securities are backed by assets with significant value. ABS are also fully amortizing, with repayments starting from day one, which actively de-risks the underlying investments from the beginning.

Perhaps surprisingly, given the events of 2008, structured products such as CLOs have had historically low default rates even in times of market stress. In fact, no CLOs have defaulted since the GFC, and even before then the majority of defaults were seen in BB-rated tranches3 — highlighting the product’s resilience throughout economic cycles. Furthermore, because of enhanced built in structural protection, they can typically withstand levels of default rates that are much higher than historical averages (such as for the GFC or the dotcom crash), even at the more junior tranche levels. 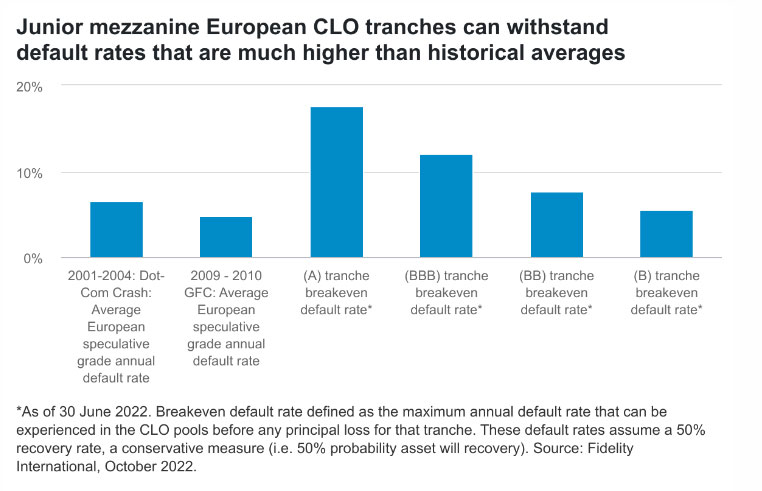 Moreover, while past performance is no guarantee of future performance, structured credit has often had higher risk-adjusted returns than other similarly-rated forms of credit, along with low levels of correlation to traditional fixed income and equity asset classes. 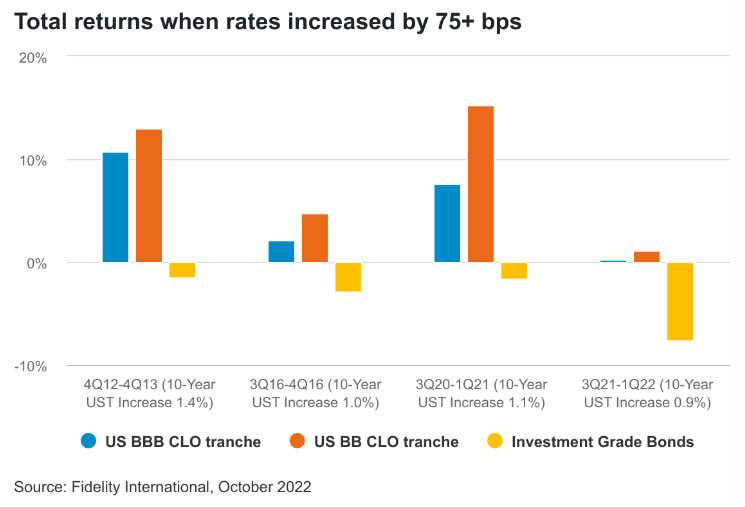 The value of investments and the income from them may fall or rise, so you/clients may get back less than the amount invested. Past performance is not a reliable indicator of future returns.

Structured credit can make for ESG friendly investments. The inclusion of restrictive ESG language and exclusions in CLO documentation is now the norm. Environmental factors can be taken into consideration through the underlying collateral (for example, with a focus on energy efficient homes for RMBS), and on the social side ABS provide access to finance for those poorly served by the market, such as first-time buyers, self-employed borrowers and later-life lending. On the governance side, structured credit investments generally tend to perform strongly as they are ruled by strict documentation and regulation.

Like all the best scary movies, in current financial markets there are no perfect hiding places. As we head into this sequel, even those in the most concealed spots are likely to be in for a spook. But the biggest twist may be yet to come if structured credit products prove their worth this time around.

Private markets offer opportunities for those seeking relative stability and …

The value of embedding ESG in due diligence

By putting ESG at the heart of due diligence in private debt investing, lende…

Reference to specific securities should not be interpreted as a recommendation to buy or sell these securities, but is included for the purposes of illustration only. Investors should also note that the views expressed may no longer be current and may have already been acted upon by Fidelity. The research and analysis used in this documentation is gathered by Fidelity for its use as an investment manager and may have already been acted upon for its own purposes. This material was created by Fidelity International.

This document may contain materials from third parties which are supplied by companies that are not affiliated with any Fidelity entity (Third-Party Content). Fidelity has not been involved in the preparation, adoption or editing of such third-party materials and does not explicitly or implicitly endorse or approve such content.

Unless stated differently, information dated as of October 2022.